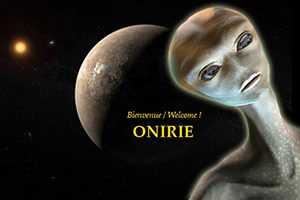 In a dozen days, we will attain Winter solstice …

As every year, our Oniros association organises then a «Planetary dream» in which you are invited to participate. The unique occasion to share our dreams by giving them back their social dimension.

Directed towards the sky and stars, the planetary Dream 2016 has for topic of incubation : «Appointment on the planet B.»

It will take place precisely this year during the night from Tuesday, 20 till Wednesday, December 21st, 2016, as well as nights from Monday, 19 till Tuesday, 20 and from Wednesday, 21 till Thursday, 22.

See versions (in French and in English) of presentations of the Planetary dream 2016, as well as a file about the exoplanets :

Thanks for spreading the information.

Voir aussi : « Researchers find neural switch that turns dreams on and off » 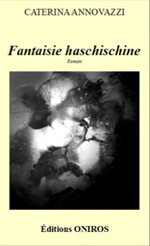 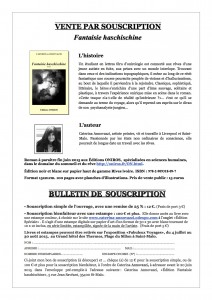 A study accepted in the journal Sleep last month (but not yet published) claims that lucid dreaming should be not be considered a REM dreaming phenomenon but rather a unique state of consciousness (Voss, et al., 2009). Poetically, the assertion that lucid dreaming has elements of waking consciousness and dreaming has been made for years.   But this study, conducted at the Neurological Laboratory in Frankfurt, Germany, backs the assertion with physiological data taken with an EEG.

Lucid dreams have an increased frequency in the 40Hz (GAMMA) range

Despite the small sample size, Voss and company’s findings are intriguing.  Specifically, lucid dreams are shown to differ from ordinary (REM) dreams by an increased brain frequency in the 40Hz (or GAMMA) range in the frontal and frontolateral areas of the brain. These areas are considered by many scientists to be the seat of linguistic thought, as well as other higher mental functions associated with self-awareness.

This “hybrid state” of waking and dreaming fits in well with study co-author Allan Hobson’s AIM model for sleep cognition. The AIM model essentially maps and predicts possible kinds of consciousness in sleep based on three different spectra:

Lucid dreaming, the authors say, can therefore be mapped separately from ordinary dreams due, in this case, to the unique activation on the GAMMA level. The authors say the next step is to test lucid dreaming in the lab with brain imagery devices, such as a fMRI.

The Quest for Uniting the Mind and the Brain

Lucid dreaming research is really an off-shoot of this scientific tradition, especially as it looks for physical markers that coincide with subjective qualities such as self-awareness or free will.  (For an introduction to lucid dreaming, here’s my beginner’s guide.)Finding the unique physiological markers of consciousness has long been the holy grail of science.  We’ve had a few interesting theories along the way. For instance, Rene Descartes put his money on the pineal gland, while today other scientists say consciousness is aproduct of microtubules in the brain’s neurons.

In the 1980s, many psychologists predicted that ALPHA level frequencies ((8-12 Hz) would clearly demark lucid dreams from ordinary dreams – but further studies showed that ALPHA levels remain more or less depressed through most of sleep, including even the most lucid of dreams. (Olgivie, Vieri, Small, 1991)

More recently, Holzinger, LaBerge and Levitan published a study (2006) emphasizing how the BETA-1 (13-19 Hz) frequency band is associated with lucid dreams, more so than ordinary dreams. They further isolated this small, but statistically significant, hiccup of activity to the parietal lobe, an area of the brain associated with spatial sense and navigation.

In any case, wherever consciousness may or may not “live”, the high levels of GAMMA range of activation shown in this study need more tests with larger pools of subjects before we can say with any certainty that lucidity has a reproducible physical signature.

Interestingly, the 40 Hz bandwidth of brain activity has a popular following in brain entrainment, a form of neuro-hynotherapy whose adherents say induces brain synchronization by listening to music with frequencies that the brain matches in response.   Anecdotally, many lucid dreamers claim to have learned lucid dreaming with the help of these brain entrainment tools, such as binaural beats and light stimuli inside of sleep masks.

Brain entrainment can increase concentration, memory, and induce relaxation: all states of mind that can indirectly lead to lucid dreams.

Now just because GAMMA may be correlated with consciousness does not necessarily mean that listening to GAMMA-inducing binaural beats will automatically increase your lucid dreams.  Actually, there’s no peer-reviewed study on lucid dreaming and brain entrainment.  However, there’splenty of evidence that brain entrainment can increase concentration, memory, and induce relaxation: all states of mind that canindirectly lead to lucid dreams.

There are some correlations for the GAMMA band and consciousness, so we may see some new products on the market soon.  The literature is tempting, as the 40hz band has been shown to be associated with high levels of meditation (Lutz, et al 2004)  as well as the ability to be hypnotized (De Pascalis, 1993). Reduced GAMMA synchronization, on the other hand, has recently been associated with autism (Rojas, 2008).

Keep in mind — I know I sound like a broken record about this point — no lucid dreaming pill, meditation CD, or expensive biofeedback software will make you lucid.  Lucidity comes by grace of intentionality, which in turn brings a cognitive habit of self-awareness.  Or vice versa, by grace of spontaneous awareness, calling for a habit of intentionality.

However, binaural beats for lucid dreaming can help with laying the cognitive foundation for a strong intention and for becoming more comfortable with self-awareness in other states of consciousness, which is by far the biggest hurdle in learning how to lucid dream.  The most successful binaural beats for lucid dreaming take this approach.   Entrainment (which can happen through the habit of many kinds of rituals and exercises) concretizes our intentions, — the idea is made external — while boosting the brain states that lucidity thrives within.

But still, we have to do the hard work of waking up ourselves.

Beyond the possible application of future GAMMA brainwave entrainment, this study really makes a bold claim that lucid dreaming is not a dream, but a separate state of consciousness.

To be honest, I’m not sure how I feel about this designation.

Lucidity is not an On-Off switch, but a spectrum.

From a phenomenological perspective, self-awareness in dreams comes and goes.  Lucidity is not an On-Off switch, but a spectrum. In fact, there’s several kinds of spectra, from volition (dream control) to self-awareness (“I’m dreaming”) to emotional meta-cognition markers (“I am angry: I wonder why.”)  Voss’s and Hobson’s definition of lucid dreaming is too general to get a sense for what particular aspect of self-awareness is amplified during lucid dreams.

In sum, because cultural styles of what “lucidity” means affect which brain areas activate during a so-called lucid dream,  the GAMMA signature should be taken with a grain of salt.   That said, if the 40 Hz signature can be repeated clinically, then lucid dreaming could help neuroscientists find other markers of conscious thought in sleep, leading towards a renaissance of directed and unconstrained brain mapping.  This, over time, has the potential to revise our understanding about the interaction between mind and matter.

Voss, U., Holzmann, R., Tuin., Hobson, J.A. (2009). Lucid dreaming: a state of consciousness with features of both waking and non-lucid dreaming. Accepted but not published yet in Sleep.http://www.journalsleep.org/Accepted.aspx

Recent findings link fronto-temporal gamma electroencephalographic (EEG) activity to conscious awareness in dreams, but a causal relationship has not yet been established. We found that current stimulation in the lower gamma band during REM sleep influences ongoing brain activity and induces self-reflective awareness in dreams. Other stimulation frequencies were not effective, suggesting that higher order consciousness is indeed related to synchronous oscillations around 25 and 40 Hz.