N-B. : the winter solstice will take place precisely on December 21 at 23 hours 47 minutes, in Universal time

See the file : SOLSTICES (in french)

Recall of the previous dreams 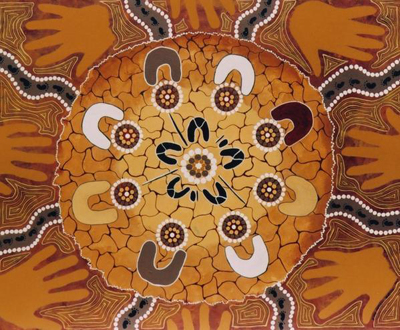 IT WILL BE SIMPLY TO DREAM TOGETHER

Instructions to the dreamers

In order to succeed the induction of the Planetary Dream 2010 it is advised for the participants to follow the classical rules for dream incubation (volontary induction of specific dream contents) and to practice it during 3 nights. See the page : The incubated dream

1. During the day and before going to sleep, become immersed in the call for the planetary dream.

2. Just before you fall asleep and in state of relaxation :

- Think to recall your dreams

- Induce your dreams through a clear and precise formulation.

3. When you wake up, record your dream as accurately as possible, whatever the content is.

All the nominative dreams sent by email will be recorded on the Net to form a specific dream journal, "The dream world", dated 20th to 23 rd of December 2010, which all the participants will be able to read on the site Oniros

N.-B. - For the credibility of the "Planetary dream", the incubated dreams must be nominative, dated, and sent with an address.

The fountain of fire and the hanging earth in the middle